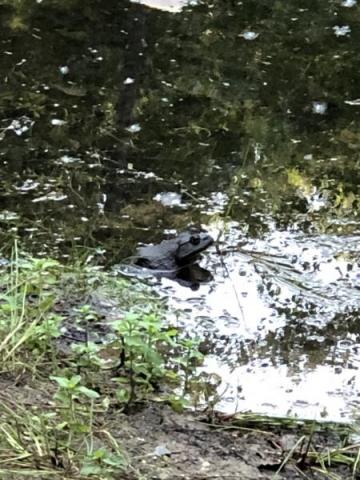 We met this frog recently, and the toad much earlier in the summer, but I liked both their faces. Am also adding a tadpole, which was swimming around when we saw the Big Frog. Hard to get relative size in this post because of the camera angles, but the Biggest (to left of this text) was probably 9 inches long, the other frog which looks more green was probably 6 inches, the on that was black and out of the water was about 4 inches, the toad was smallest, probably three inches long, as was the tadpole (big dark blob with a tail in the last photo, under water surfact) - the first set we saw earlier in the summer were smaller. 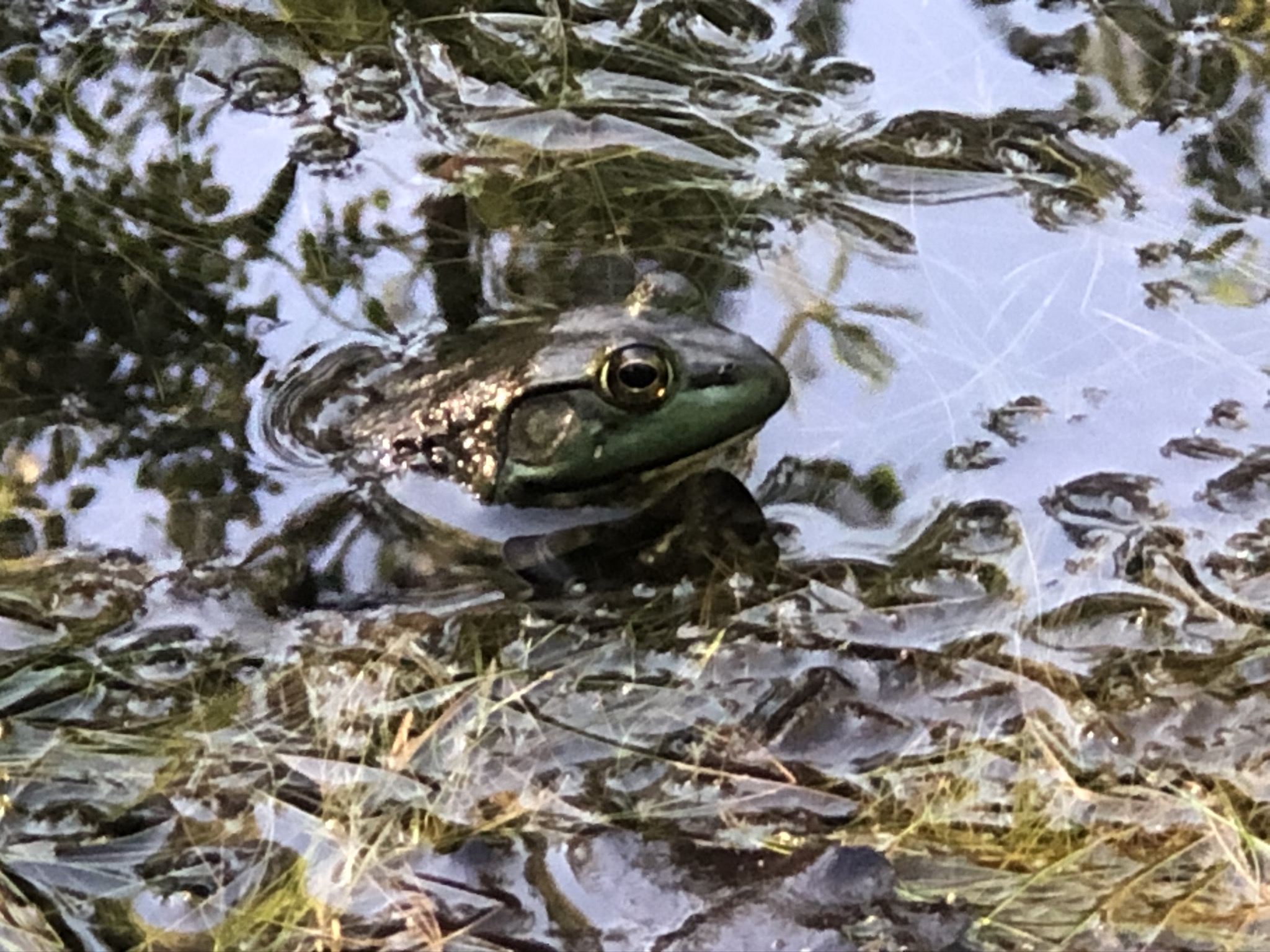 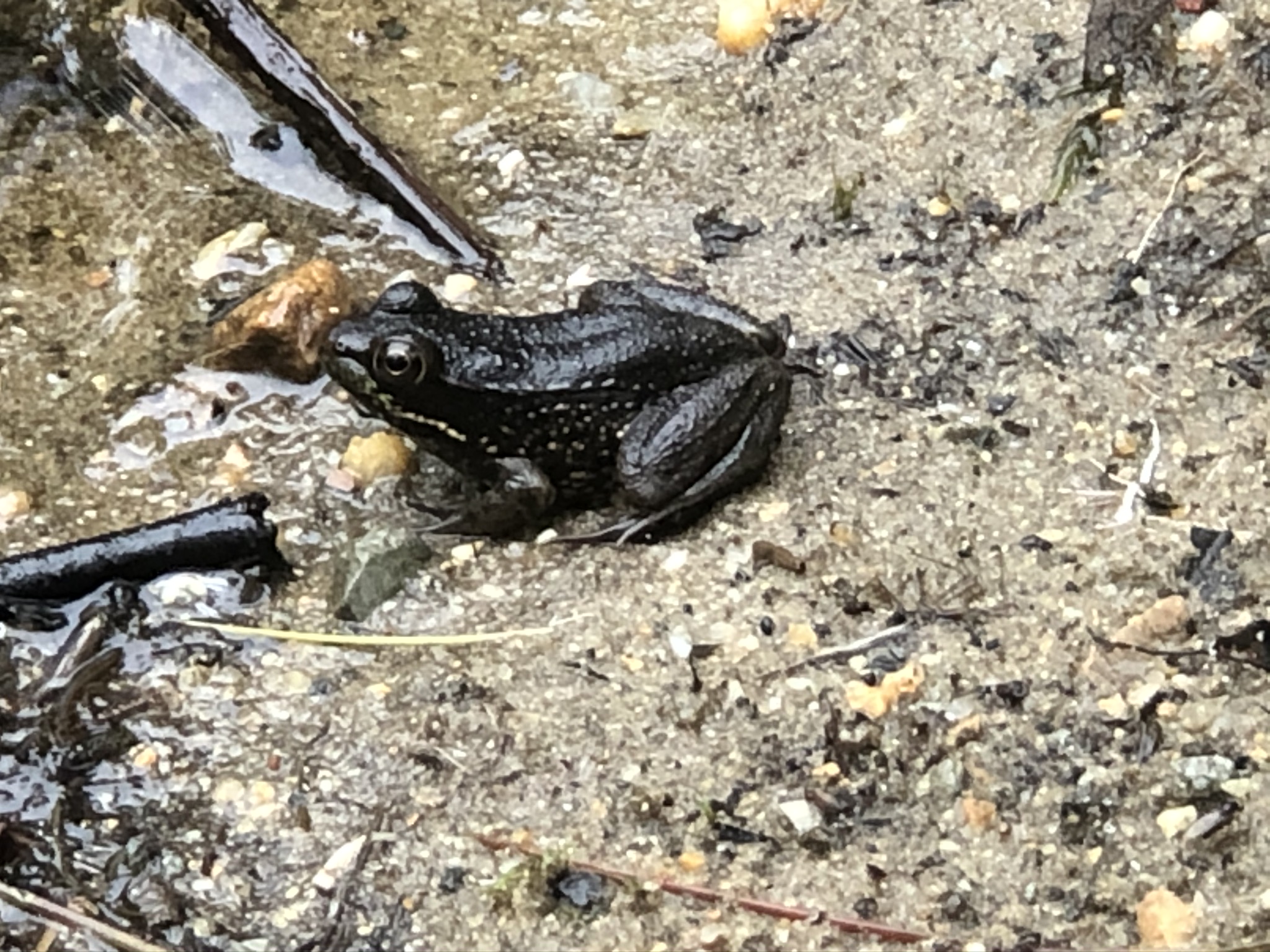 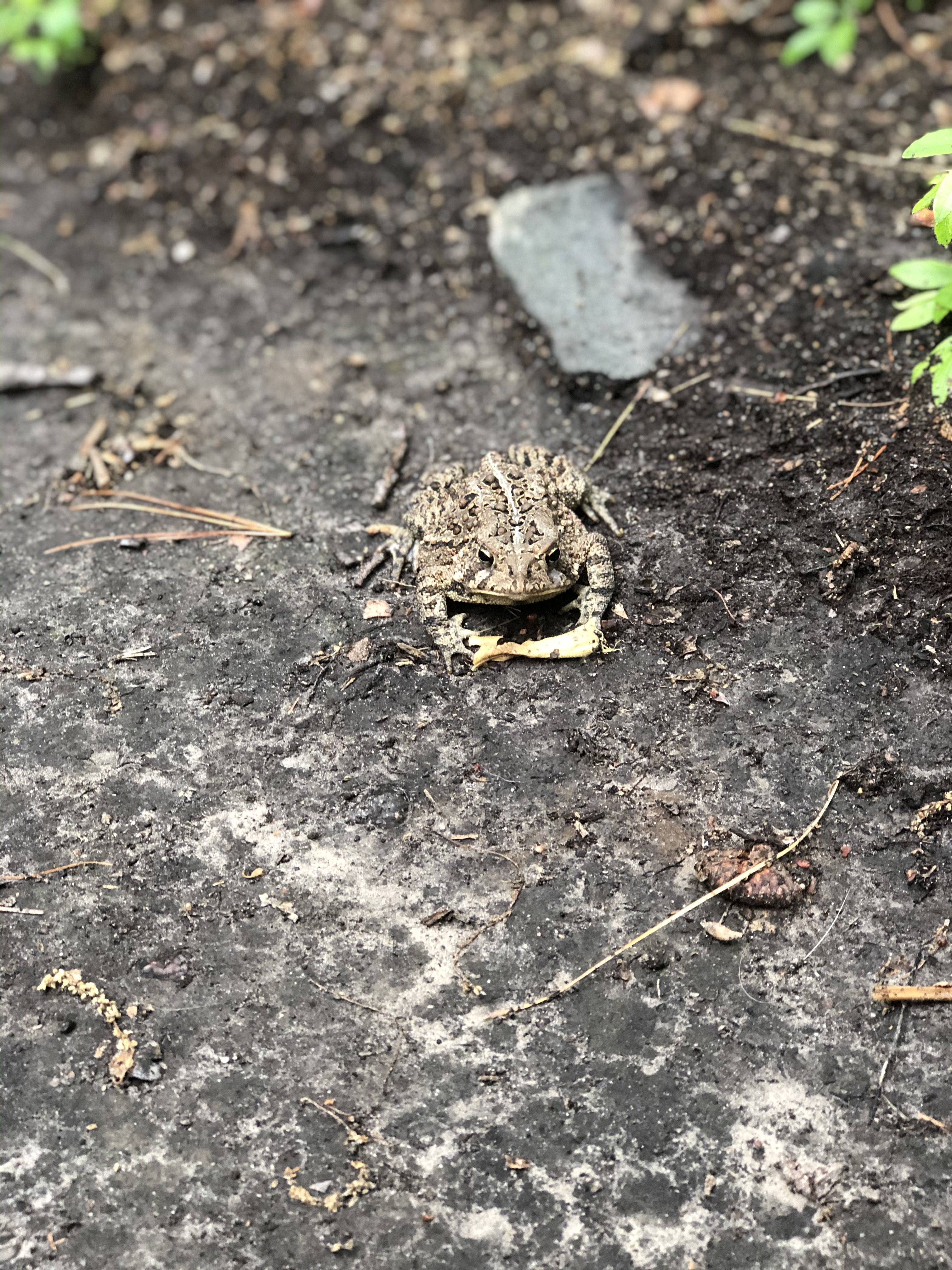 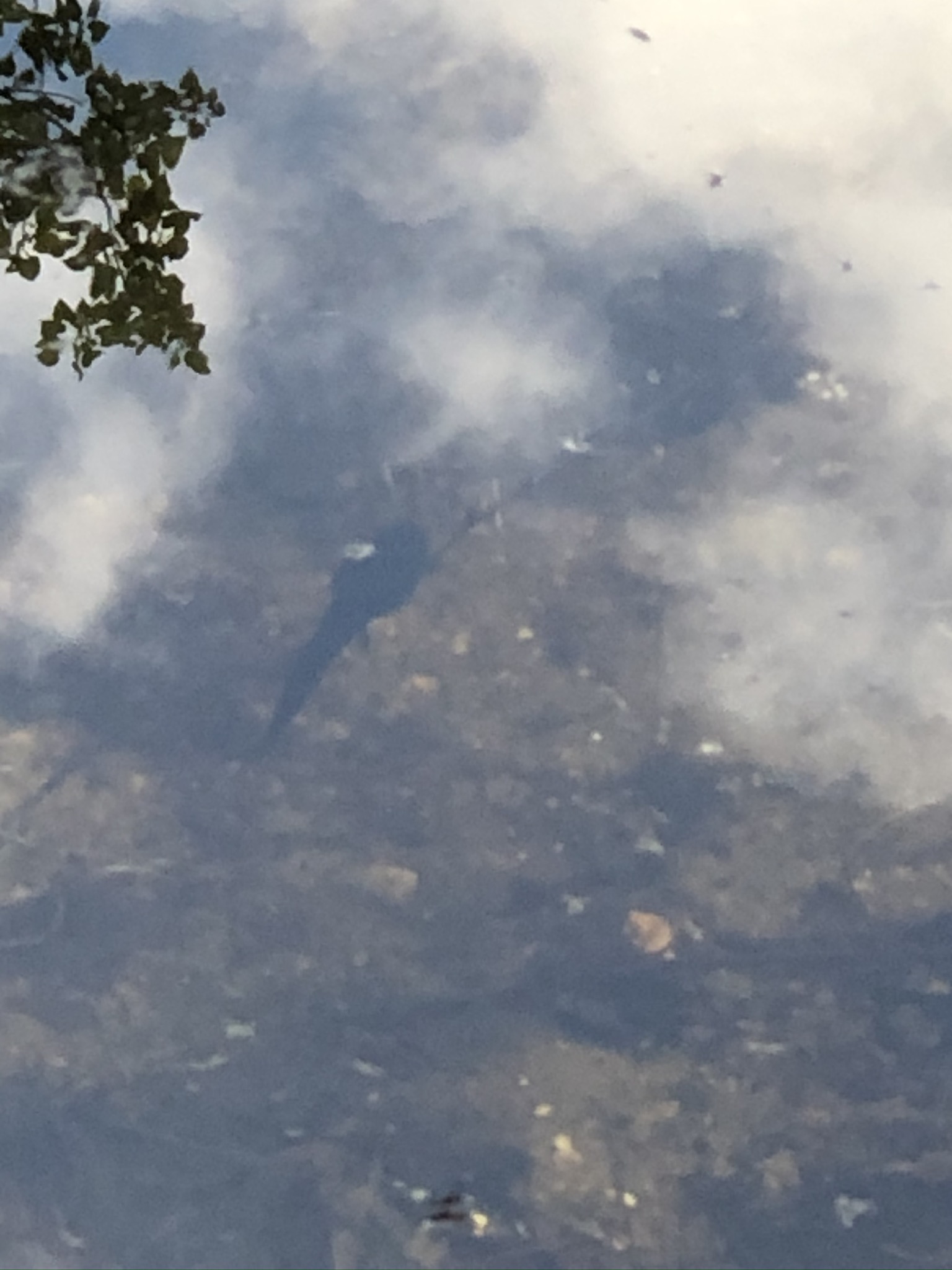